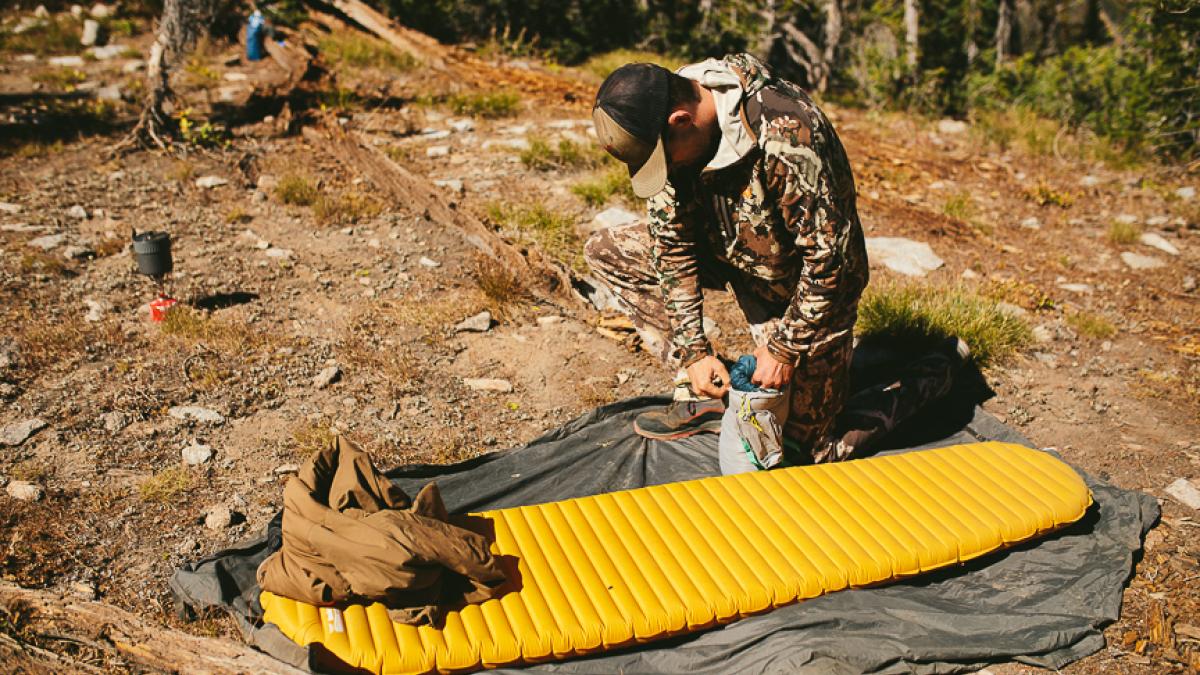 ThermaRest has long been known for making some of the best lightweight sleeping pads on the market, and their new sleeping bags and quilts are finally on par with their pads in creating the ultimate backcountry hunting sleep system. I had a sneak peak at ThermaRest's lineup a year ago and after looking at the specs and design I had a feeling they would be knocking it out of the park.

I was also sent a sample of the ThermaRest Hyperion 20 Sleeping bag to use during the 2018 season. Now before I get too far, I should note that I am picky about my sleeping bags and quilts when backpack hunting. I've frozen my butt off too many times to count and I've become a skeptic of temperature ratings claimed by companies. So when I read ThermaRest's claim of a full mummy bag that weights barely over a pound for a 20 degree bag, I was skeptical.

But after putting the bag to use over the course of 3 different hunts that went into late October in Wyoming, I was sold.

Temperature ratings from some sleeping brands can be unbelievably off, and pretty much every person that has ever slept in a sleeping bag knows that. There are several reasons why, but and much of it has to due with marketing and different methods for testing those ratings.

The ratings on ThermaRest bags have all been rigorously tested in their cold chamber, and in my experience they are accurate.

The other thing that significantly impacts how warm you stay in your bag, is your sleeping pad. A lot of people, including me, underestimate how important this is.

What Makes the Hyperion and Vesper Lines Different

When I first took the plunge in trying our quilts, I should have been more prepared for the small features that would have an outsized impact on how the quilt would function. Three years ago I was sent a quilt to field test by a company and I sent it back after a summer weekend trip and told them it was a horrible product and I wouldn't ever use it again.

Since then I've used a few different quilts, and I've learned what makes a mediocre quilt from a comfortable one, and where the weak points are. In addition to the high quality down and radiant reflective heat material on the inside of the quilts, there are a few other subtle but important features in the Vesper line.

Quilts are great for lightweight backpacking, and I have had great luck with them during the early season through mid October. I've also had some cold nights in some quilts, and my general recommendation to people is that quilts are great for archery season, but traditional zippered bags are best for most people when temperatures start to drop in October.

I won't get into an in depth piece here on the merits of quilts vs. sleeping bags, but I will be honest that a quilt is not for everyone. I personally like them in September and early October, but if you toss and turn a lot you could end up cold. And the pad attachment system is super important.

If you are worried about being cold, stick with a traditional sleeping bag. If you are a weight fanatic and don't mind being adventurous, I would definitely give a quilt a try.

How Does the Price Stack Up to the Competition?

And specifically to the Hyperion, there are few bags that compare on weight and warmth, and none that compare at the same price.