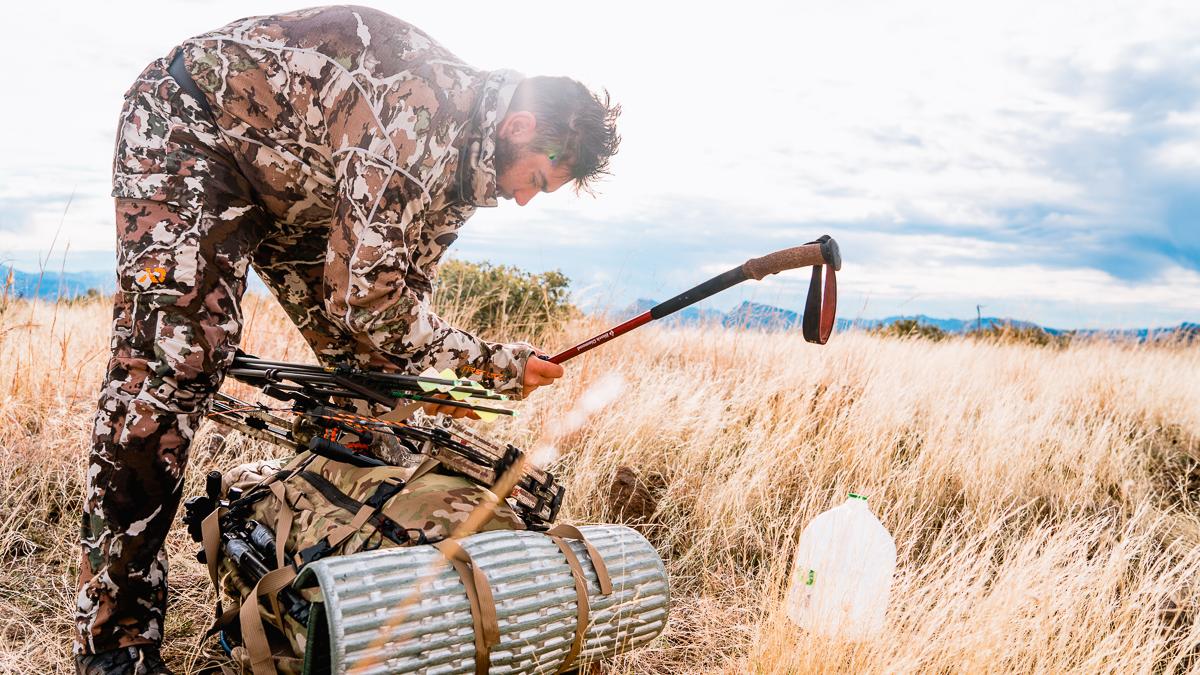 One of the major items in any backcountry hunter's gear list is their sleep system.  This is comprised of a sleeping pad, possibly a pillow, and some sort of insulation, aside from the pad, to help keep warm at night.  There are a few different routes that one can take for that insulation though.  Traditionally, the sleeping bag has ruled the arena and is a tried and true method to success.  However, times change and lately more and more hunters are considering a quilt as a way of saving weight.  Both of these are great options, but they do each have their own drawbacks as well.  So, let's get into it and suss out the debate between sleeping bags and quilts.

A Quick Note on Temperature and Fill Ratings 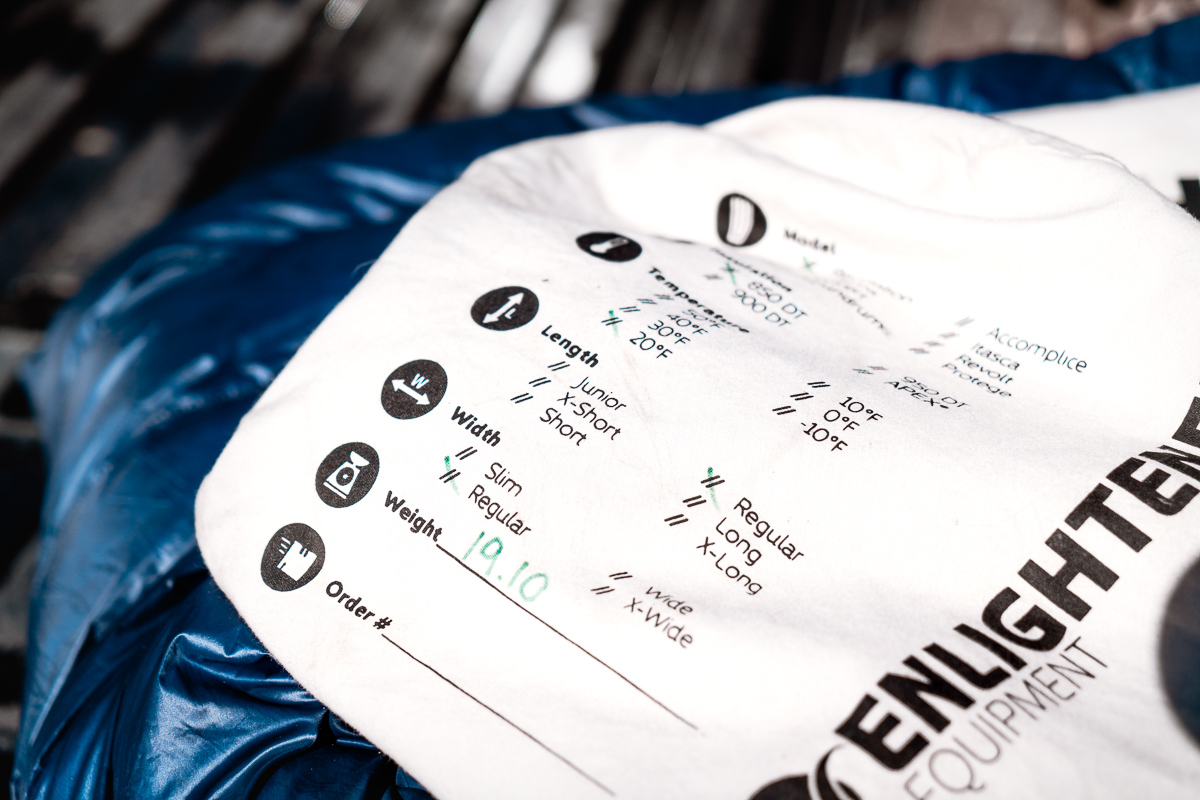 Before we go head first into the jungle of sleeping bags and quilts, I want to point a few things out.  Not all bags and quilts are created equally.  You'll notice while perusing options that each of them has a temperature rating.  A person can get something anywhere from a 40 degree rating all the way down to below 0 degrees.  Some of these ratings are based on survival temps and some are based off of comfort.  Comfort ratings reflect what temperature the bag will be comfortable down to.  Survival ratings reflect just that, what the bag will keep you alive down to.  In general, if a company is using survival ratings, a good rule of thumb is to add on 10 degrees to whatever a survival rating says.  That is usually what the bag or quilt is comfortable at.  Be sure to do your research ahead of time to see if a company is advertising a comfort rating or a survival rating.  That will help you make a decision for what rating to go with.

You'll also notice, when talking about down specifically, that there are fill ratings, such as 800 or 900 "fill".  The fill ratings refer to the quality of the down, which tells you how much loft you will get from the down. The higher the fill rating, the higher quality the down, and the less of it you need to keep your body warm.  Think of it like a warmth to weight ratio.  Higher rated down is just higher in quality.  An 800 fill 30 degree bag or quilt is going to weigh more than a 900 fill 30 degree bag or quilt.  So, the 900 fill has a better warmth to weight ratio than the 800 fill.  With that being said, the 900 is also going to be more expensive.  You get what you pay for.

Sleeping bags are no doubt the first, and most popular option, for insulation.  They have been there and done that for many years and more than showed their worth.  That is a calming feeling, knowing that you're headed into the hills with a piece of gear that has been around the block.  Which is one of the biggest selling points to them.  When you buy a sleeping bag, there is little question as to if it works or not, as long as you are using it in the conditions it was made for of course.  It's gonna keep you warm and there aren't any drafts coming into the bag, due to the user being zipped up in it like a mummy.  Being enclosed like this without a whole lot of wiggle room is beneficial for when the temps drop.  There is simply less space on the inside of the bag to warm up.  Something that I personally appreciate about sleeping bags is the hood that often accompanies them.  This is a great little spot to stash a pillow and keeps said pillow from falling off the pad through the night. 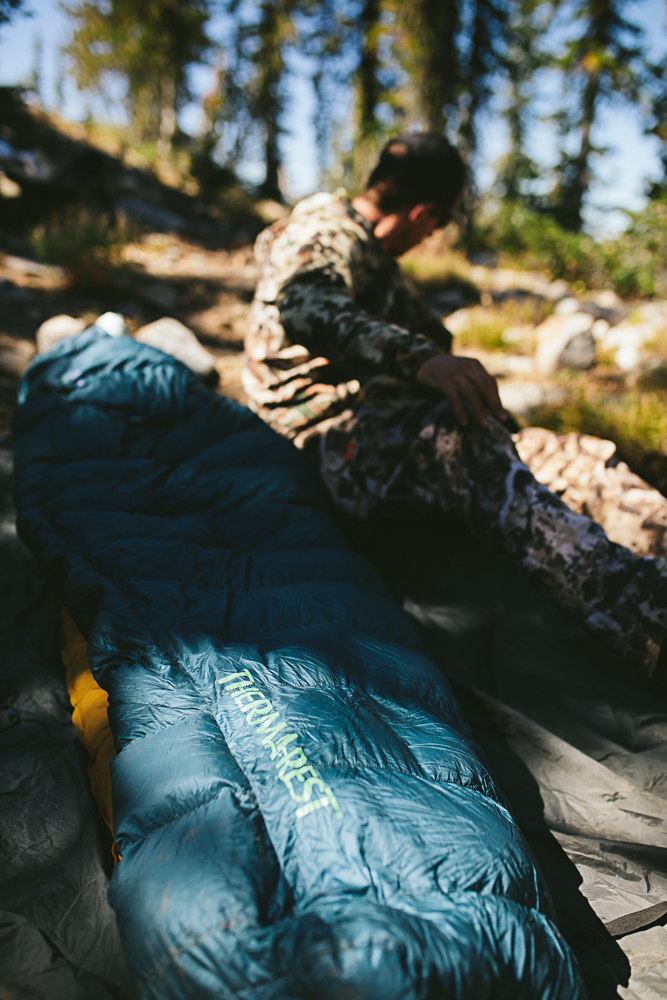 There are definitely a few drawbacks to the trusty old sleeping bags we know and love.  The first is going to be the somewhat wasted material on the bottom side of the bag.  When one lays down on the bottom portion of their sleeping bag, compressing the loft, the insulation power is rendered fairly useless.  What ends up actually insulating us on the bottom is our sleeping pads.  So, in a sense, that bottom portion of the bag doesn't really need to be there, which is more weight to carry, and adds to the bulk for packing.  Something else that can grind one's gears is the zipper.  If you've ever gotten up in the middle of a cold night only to return to a battle between you and the zipper of a sleeping bag, you know what's up.  They seem to always get caught, which is annoying to say the least.  Another downer of sleeping bags is the lack of room inside.  There isn't a whole lot of room to sprawl out and some aren't even tailored for a side sleeper.  I've often heard folks complain about this very thing being the reason they don't get a good night sleep.

Quilts, the new kid on the block.  These are made with the logic I explained above about the bottom of a traditional sleeping bag losing its insulation when we lay on it.  A quilt doesn't have a bottom and puts insulating from below solely on the sleeping pad in play.  Because of the lack of material compared to a sleeping bag, it also makes quilts more ultralight at a more affordable price.  A person can pick up a quilt for around 1/3 of the price for the same specs as a sleeping bag.  And with that lack of material comes an even smaller package when compressed for packing.  Something else to note here is the user has the ability to sprawl out, unlike with a sleeping bag.  This is a pretty handy feature in warmer weather.  If you want to throw a leg out during the night, or have half of the quilt on you, then you're golden.  I've personally used a quilt for years now and been very satisfied. 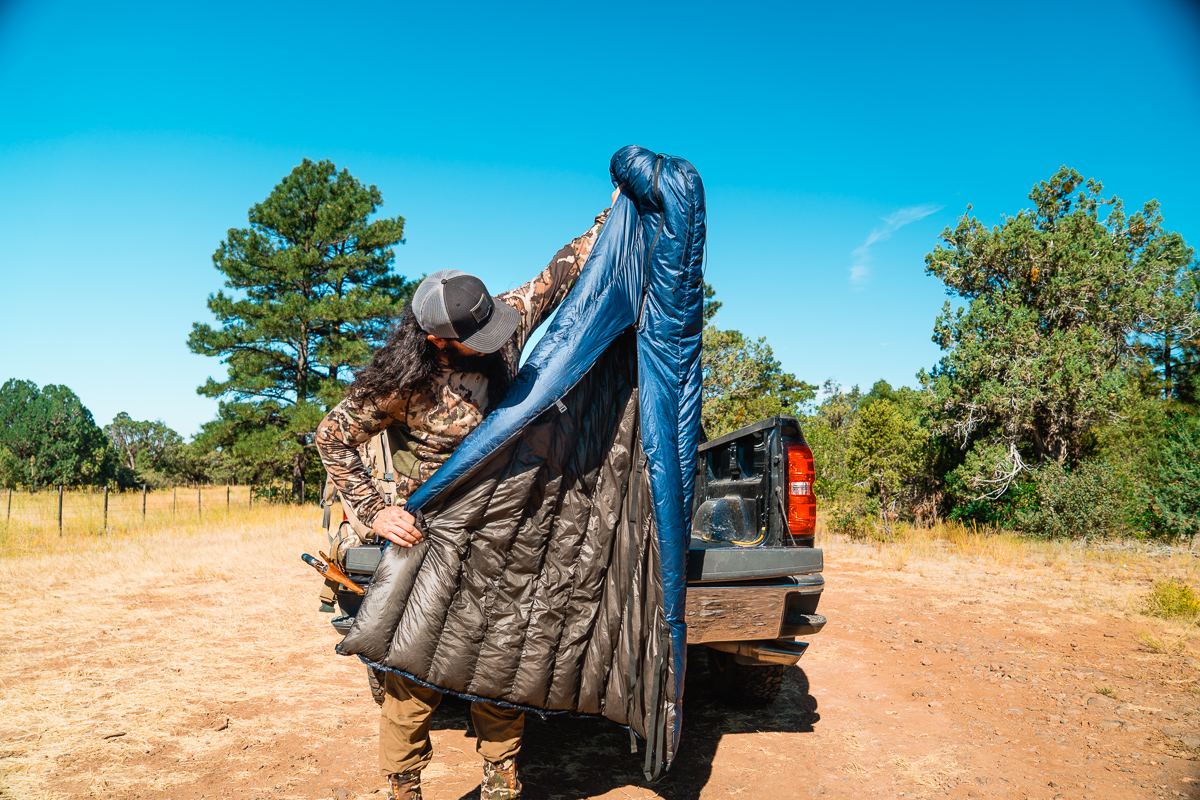 Just like with sleeping bags though, there are also some drawbacks to using a quilt.  The first, and most common complaint, is drafts through the night.  Because you aren't zipped up, like you would be in a sleeping bag, there is the potential for drafts.  Each quilt has a latching system that attaches to a sleeping pad.  If that is not set up right, or if the product isn't up to snuff, then drafts can be present.  That's not something that bodes well for the colder months.  The handy dandy hood on the sleeping bag is absent on the quilts.  This means that you'll wrestle with keeping your pillow on the pad all night.  There are ways to mitigate this issue, like putting your backpack up against the top of your pad, but nonetheless it's something you'll deal with.  You might want to wear a beanie to bed as well, due to the lack of the hood.  Another thing to watch out for is making sure that you get the right length quilt.  Having one that is too small is a sure fire way to sacrifice warmth in the foot region, due to your feet being pressed up against that loft and compromising the warmth. 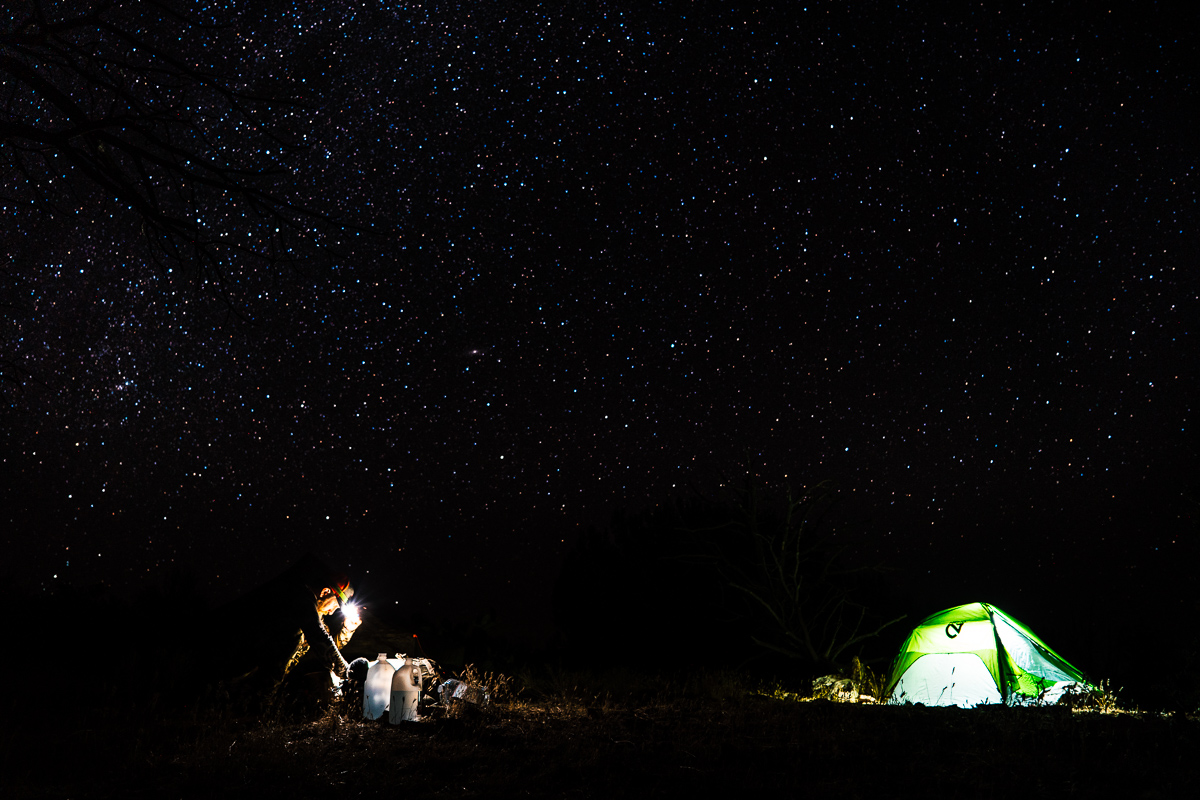 Now, that we've gone through the differences between quilts and sleeping bags, we have a question to answer.  What is the best option between the two?  The answer will no doubt vary from person to person.  What really matters is the personal goals of the user.  If you want a tried and true piece of gear that has stood the test of time, and don't mind a little extra weight, then a sleeping bag is a great option.  However, if a hunter is trying to cut as much weight as they can, quilts are fantastic.  They do come with a learning curve, but there is no doubt about it that they work.  They just might not work for everyone.  Look at your goals, the temps you're hunting in most of the time, and go from there.  I do want to say though, don't be afraid to experiment.  Whether you're a quilt person going to a bag or a bag person going to a quilt.  Let it ride and see it through.  You might just find a great piece of gear.

Top Tips for Deciding Between a Quilt and Sleeping Bag

1.  Quilts are fantastic for warmer climates, but some might have issues with them in colder temperatures.

2.  Read reviews on pad attachment systems for quilts before buying. They are not all created equally.

3.  Side Sleepers, or folks that toss and turn a lot, could potentially have issues with drafts using a quilt. Make sure you get the attachment system set up right to try and avoid this.

4.  For late season hunting, sleeping bags will likely be more comfortable, as there is no fuss at all with drafts.