*Free Shipping On Orders Over $90* 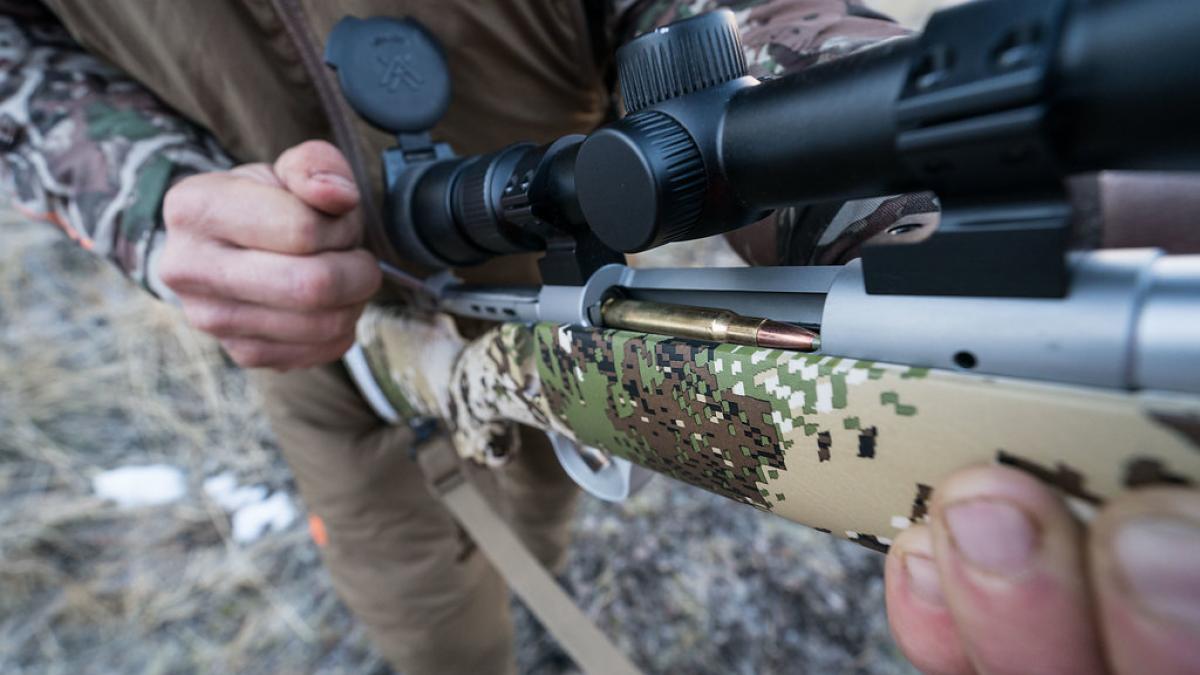 I know from personal experience that one of the quickest ways to get crosswise with people that know guns is to profess your affection for lightweight rifles over their heavier barreled brethren.  Before you read this you should know I do not self-identify as a "gun person", but I can respect people having passionate opinions about rifles.

What I struggle to understand for hunters that are searching for ways to lighten their pack is why they let opinions blur the facts when it comes to lightweight rifles.  The upsides of a lighter rifle are obvious for backcountry hunters, but the downsides reside in a more nebulous world that mixes hearsay and facts fluidly.

In case you aren't aware of the controversy, lightweight hunters (such as myself), prefer lightweight rifles because they help decrease our pack load.  Other hunters prefer heavier traditional barreled rifles because they are known to be more accurate, whereas thinner barrels on lightweight rifles can be finicky in providing consistent accuracy.  At least, those are the two camps many people divide themselves into.  But that story needs some old fashioned ground-truthing.

What I care most about with rifles is if the bullet goes where I want it to when I'm shooting at an animal.  Simple.  I don't care if my rifle can hit silver dollars at 1,000 yards. My opinions on featherweight rifle performance is based on how they perform in hunting shooting scenarios, not whether or not they are as accurate as sniper rifles, and whether the upsides outweigh (*slow clap for a well placed pun) the downsides.

Experienced backpackers know the majority of the weight people carry is consumed by the "big four": backpack, sleeping bag, sleeping pad and tent.  These four items consequently also provide the biggest opportunity for lightening your load.  For backpack hunters, the aforementioned items plus your optics and your weapon, are going to be your heaviest items AND where you can save the most weight.

The rifle is undoubtedly going to be the heaviest single item a hunter carries. To put a finer point on the matter, if a hunter is carrying a 40-50 lb pack on a 5 day backpack hunt and straps on a walnut stock 7mm Rem. Mag, he just increased his load weight by 15-20% or more.  No other single item is going to increase the weight on your back like your rifle.

Let us assume that an average rifle weighs somewhere in the 7.5-8.5 pound range without a scope (although many rifles are heavier).  Anymore, there are a number of featherweight rifles that weigh 5-6 pounds.  At those weights, many hunters can shave 2 or more pounds off of their load by making the switch to a lightweight rifle.

Let me emphasize that last point again in case it didn't sink in properly. To cut multiple pounds off of any one item in your hunting kit is an incredible accomplishment.  If you can shave a single pound off of any one item of your "big 4" or your optics kit, it is a significant weight savings.  Remember the adage that ounces add up to pounds, and every little bit of weight savings will be noticed when you are fatigued and climbing up the mountain.

If you can shave multiple pounds off of one item it would seem like a no-brainer, but the significant weight savings are counterbalanced by several issues that keep many hunters from ditching their heavier rifles.

The most often used argument against lightweight rifles is they are less accurate than their heavier barreled counterparts.  Meaning, 1) heavier rifles tend to shoot accurately, especially when the barrel heats up (they don't "throw" rounds as often); and 2) they can be more stable, particularly when shooting off-hand, thus providing greater accuracy.  While there may be some truth in these arguments, I believe they are largely irrelevant in most hunting situations.

More importantly, you don't need to be accurate at ultra long distances to consistently kill animals. A 15 pound sniper rifle is going to be more accurate than a featherweight rifle at long distances because the weight on a good rest will be harder to move, but most hunters aren't shooting at ultra-long distances.  If you want to be a sniper, that's a different goal than being able to make a kill shot at 200-400 yards.

Let's assume for a minute that a lightweight rifle will increase your group size by up to an inch (1.5" group to a 2.5" group at 250 yards).  Assuming your shooting technique is solid, adding an inch to your group is unlikely to keep you from making a kill shot.  If the crosshairs are where they are supposed to be, a one inch deviation in any direction will still result in a lethal shot.  Remember, you are hunting, not competition shooting.

Even if there is some truth to the idea that lightweight rifles can throw rounds when the barrel heats up, it is a moot point in most hunting situations where your first shot is nearly always going to be your most important and likely to result in a lethal wound.  I've missed my fair share of first shots, but rarely have I had the opportunity to shoot more than 3 times at an animal without it fleeing or expiring. If you are firing more than 3 rounds at an animal in quick succession, there are likely other issues at play that need to be addressed (i.e. calm down and execute proper shooting technique).

Consistent accuracy and confidence in your weapon is important. But even if we accept the argument that featherweights aren't as accurate, particularly after the first shot, it is unlikely to be a significant factor that results in poor shot placement in a hunting situation at a reasonable shooting distance.

I agree that trying to shoot objects at distance off-hand with a heavier rifle provides more stability, but the difference is slight. More importantly, it is a rare occurrence for me to shoot off-hand at distance in a hunting situation. My instincts are always to get a good rest before shooting, and the time it takes to shoot off my pack or from my shooting sticks has not hindered my ability to make a lethal shot (yet).

Lastly, there is the cost of a featherweight rifle. This issue I can understand more than any of the other reasons for not switching to a lightweight rifle.  There are many quality rifle brands out there that make lightweight rifles, but costs can range from $750 to infinity with many brands requiring an investment of at least $2,500.  I won't get into the merits of individual rifles here, but I've been using Kimber rifles with a lot of success. Kimber has several featherweight rifles ranging from the $800 to $2000 range depending on how many ounces you want to shave and how much you are willing to spend, which is par for the course for most other rifles.

If you haven't figured it out by now, I have found unequivocally that the upsides outweigh the downsides when it comes to lightweight rifles, even if you make the assumption that you are giving up some modest amount of accuracy for weight.  Figure out what your goals are for shooting and make sure you carefully examine the facts about lightweight rifles, not individual opinions (including mine) when making a decision.

Whether you agree with my argument or not, if you are serious about lightening the load on your back, keep an open mind about your choice of rifle and how you plan to actually use it in the field.  As always, feel free to share your comments below.