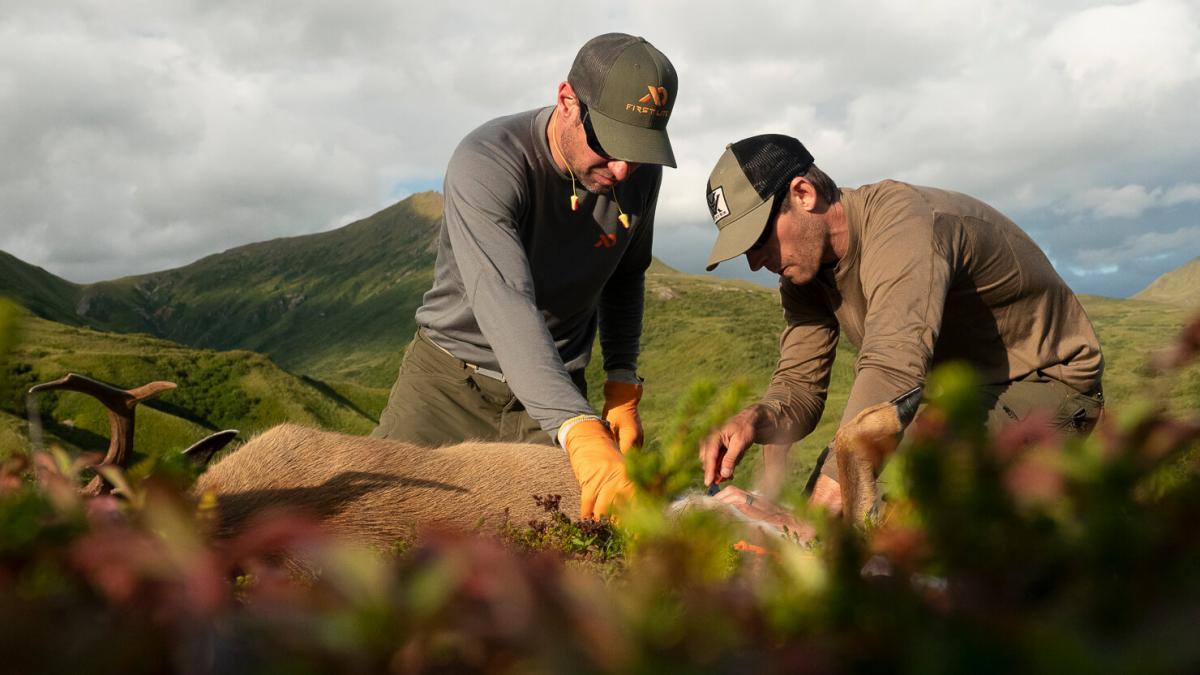 Meat Care in the Early Season 101

Throughout the whole year, we’ve been shooting, training, scouting, and trying to strengthen any weaknesses in our gear list. We dream of bugles singing their way through dense pine forests. Fantasies of velvet racks hovering above beds of wildflowers are all too real. The early fall hunting seasons have arrived. I know there are more than a few of you out there running in place to get after it, as early hunts have become quite popular. Despite all of the cool points these hunts have acquired through the years, they can be extremely hot temperature wise. Some hunters will find themselves carrying a bow around in 100 degree heat even. While these are fun hunts, they pose a challenge once an animal lay at our feet. Knowing how to properly take care of the meat when the temps rise is one of the most common questions surrounding these adventures. It may not be as easy as later season hunts, but it’s 100% doable to have no meat loss in the early season. With a little know how, you’ll be off to the races, or in this case, the kitchen.

The Clock is Ticking 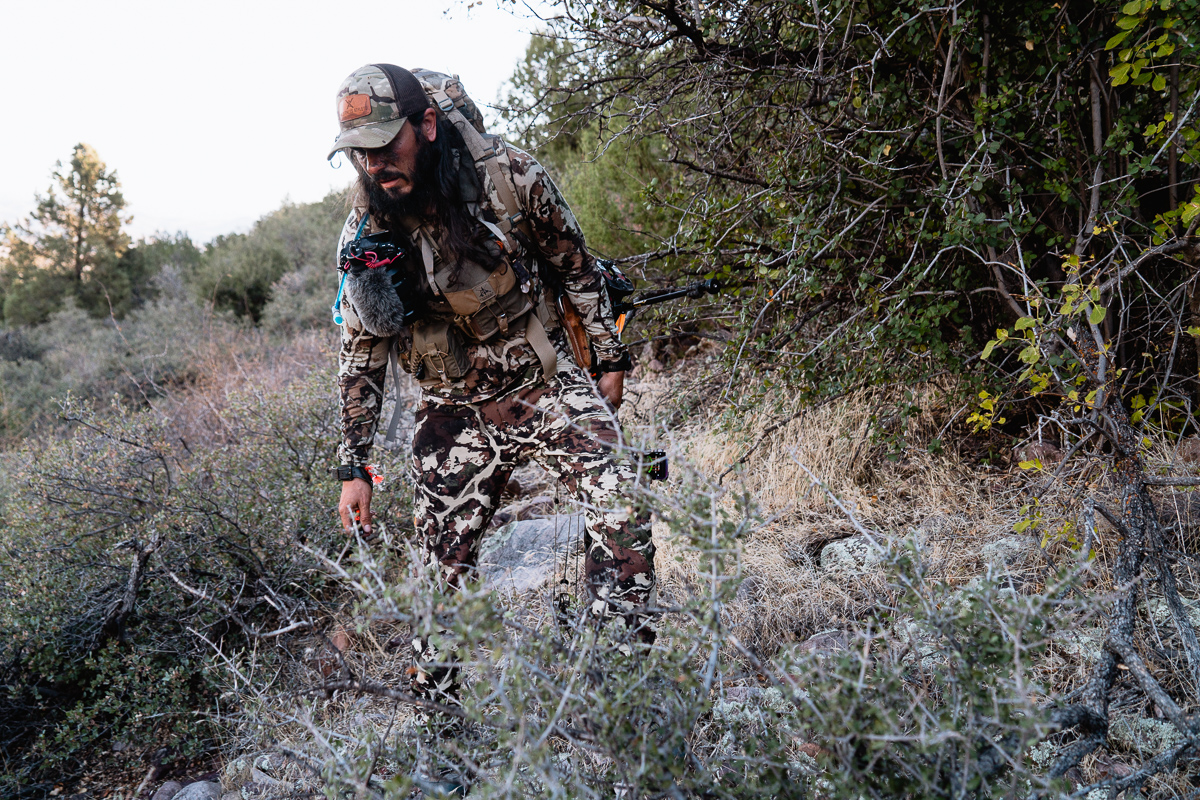 The second an animal falls to our bullet or arrow, a clock begins to tick. This clock is ticking regardless of the time of year. The hands just tend to move faster during the warmer months. Live elk and deer have internal body temperatures that range between 101 and 104 degrees Fahrenheit, and it doesn’t suddenly go away after they’ve passed. It stays with them and will ultimately ruin the meat if not dealt with. Moisture and heat will breed bacteria, and that’s exactly what we want to avoid. Cool and dry is what we’re striving for with meat care. So, between their internal body temperature and the warm early season temperature, you’ll need to act quickly.

How Long Do You Actually Have?

You might be wondering now when this clock actually runs out.  The truth is, that number is going to vary a tad, depending on a laundry list of variables. A few being weather, how long it takes to find the animal, and if they died in the sun or not. Ideally, you want to get to the animal ASAP. Just know that you're on borrowed time. Bacteria thrives in warm and wet conditions, which come often in the early season, and bacteria growth is what we're trying to mitigate. It reproduces faster in higher temperatures. This is why you want to get the meat cool and dry as fast as possible. By cooling the meat, you'll slow down the bacteria growth drastically.  Once frozen, it'll halt it all together.

Once that has been accomplished, your time isn’t nearly as constrained. If the nights are 40 and below, and the meat has a nice dry rind around the exterior, it could literally hang for weeks and be fine. When temperatures are above that, there is no reason the meat couldn’t last a few days in the backcountry. On a past trip to Alaska for caribou, highs were in the 50’s and lows were in the 30’s, so the meat was cooling off over night and was kept cool enough during the day. All of said meat was good for 7 days out in the field. The key to keeping meat good in the field is proper care. 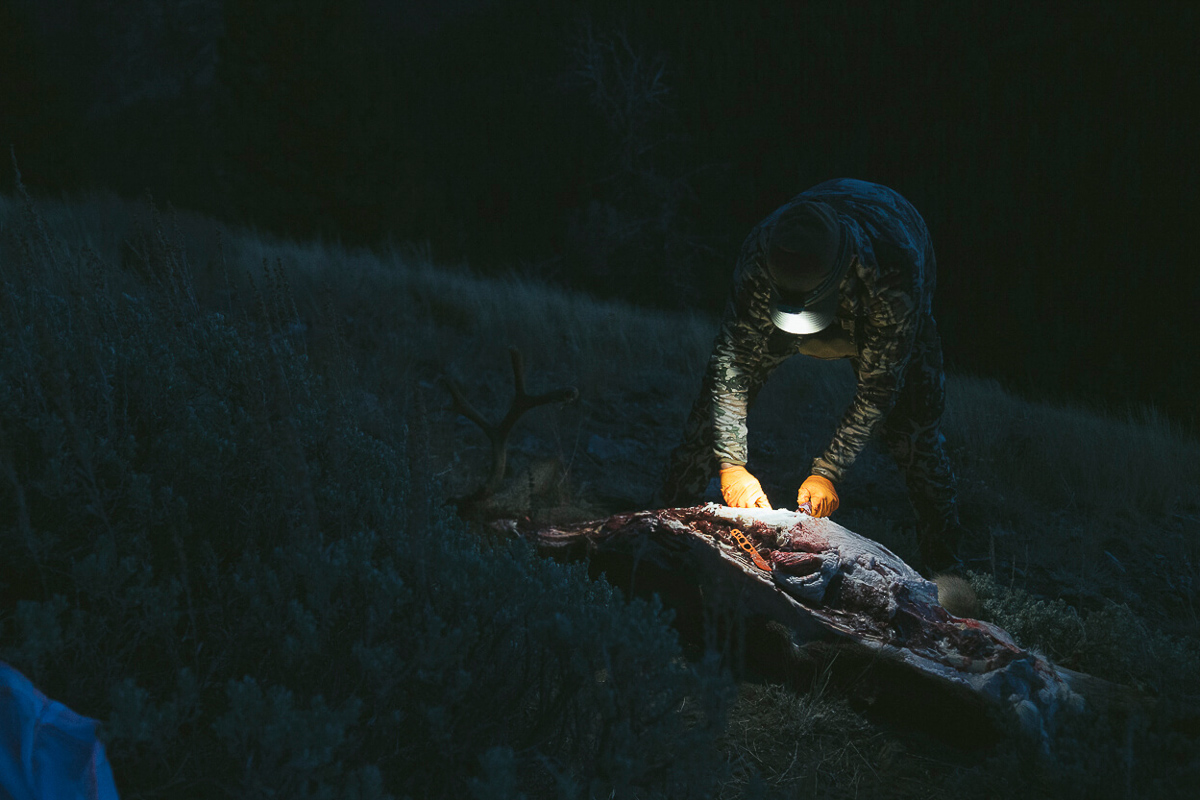 Proper meat care on these early season hunts starts right from the animal at your feet. Remember, our goal is to get the meat cooled down as fast as we can. So, start this party off with the gutless method. This will save time avoiding dealing with the guts. Removing the hide and separating the quarters from the carcass will immediately start the cooling process. Even if it’s 80 degrees out, the meat will begin to cool. Remember that internal body temperature. Taking care of this in a timely manner will also help avoid any off flavor in the meat afterwards. With that in mind, please don’t forget to be safe wielding those sharp knives around. 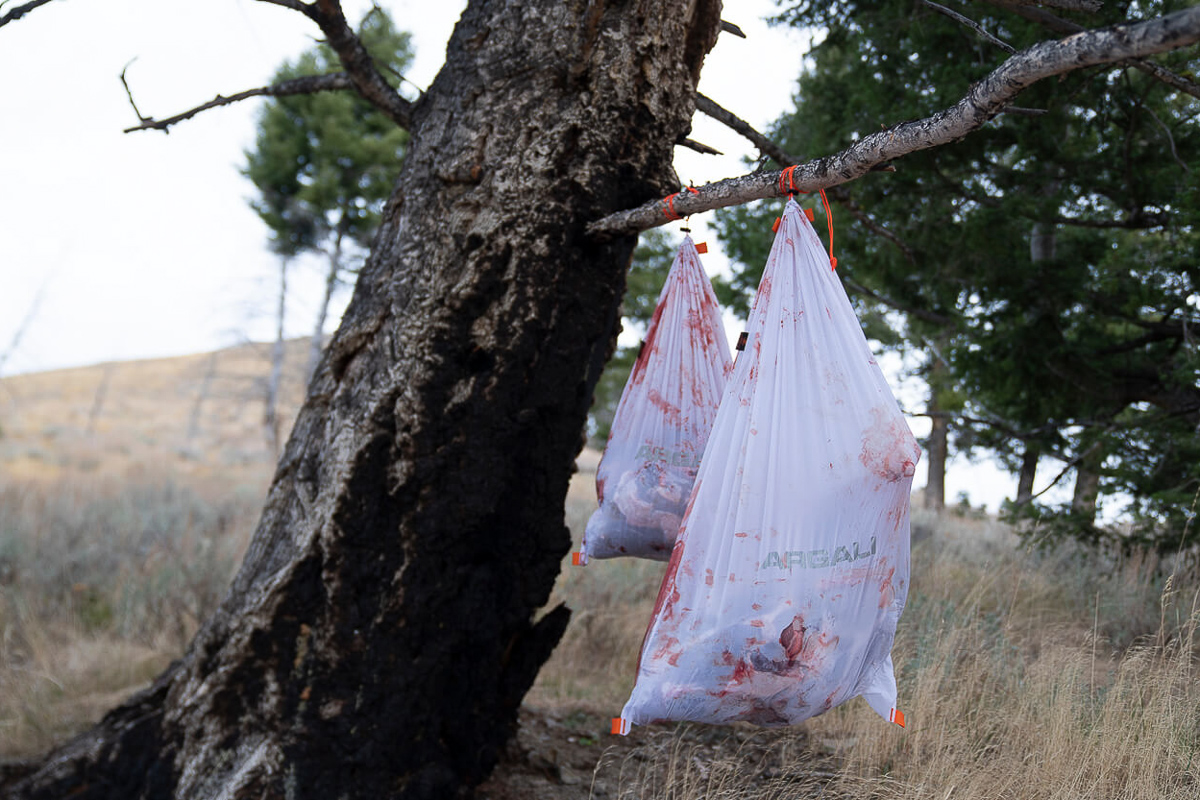 Once the meat has been separated from the carcass, you'll need to figure out a way to keep the meat cool. For folks at a truck camp with a cooler, this is quite easy.  In the backcountry though? That is going to require a little more thinking. Our number 1 priority that remains a constant is cool and dry.

From being cut from the carcass, all meat should be placed in a high quality game bag. Doing so will keep the flies off of your meat, as well as just keep it clean from dirt, rocks, etc. A fantastic way to cool the meat down is by elevating these game bags up off of the ground to allow air circulation. The air is going to help dry that meat out and form a nice rind on the outside, preserving the meat underneath. Bacterial want a warm wet surface, and by drying out the exterior of your meat it makes it much more difficult for bacteria to grow. This can be done by either hanging meat in a tree or even by fashioning a grate/grill out of branches in between two logs. Whichever way you choose, keep the meat out of the sun. Shade is your friend. A thick north face or canyon bottom with flowing water is great.

Once your meat cools off, work to keep it cool during the heat of the day by keeping it in the shade, wrapping it in a tarp.

Another proven method to help get meat cooled down quick is by giving it a bath. Before you grab a sponge and soap, hear me out. By placing the meat inside of a contractor bag and dunking them in a cold running creek, you'll speed up the cooling process. This is also a great route when it's hot out.  Keep an eye on this though to make sure there isn't any water sneaking into the bag. We don't want extra moisture. After the meat is cool to the touch, you'll want to use the hanging method above to get that air circulation and subsequent rind. Those contractor bags don't breathe, which will make it difficult to dry out the meat.

On the surface, getting the meat back to the cooler is pretty self explanatory. However, there are some rules to live by here. Remember, cool and dry. It's often said one needs to get the meat on ice, but that needs to be clarified. You don't want the meat sitting directly on the ice for long extended periods of time. Doing so will get the meat wet and bacteria can still grow until the meat temperature gets well below 40 degrees F. So, separating the two is beneficial. This can be done by placing a grate of some sort on top of the ice. One could also place the meat in contractor bags inside the cooler, AFTER THE MEAT HAS BEEN COOLED. And then there is the frozen water jug trick. Freeze gallons of water and line the bottom of the cooler. This will nix an ice bill and avoid that water build up from melting ice in bags. Lastly, make sure that you are draining any and all water out of the cooler regularly.

Bone in or Bone Out? 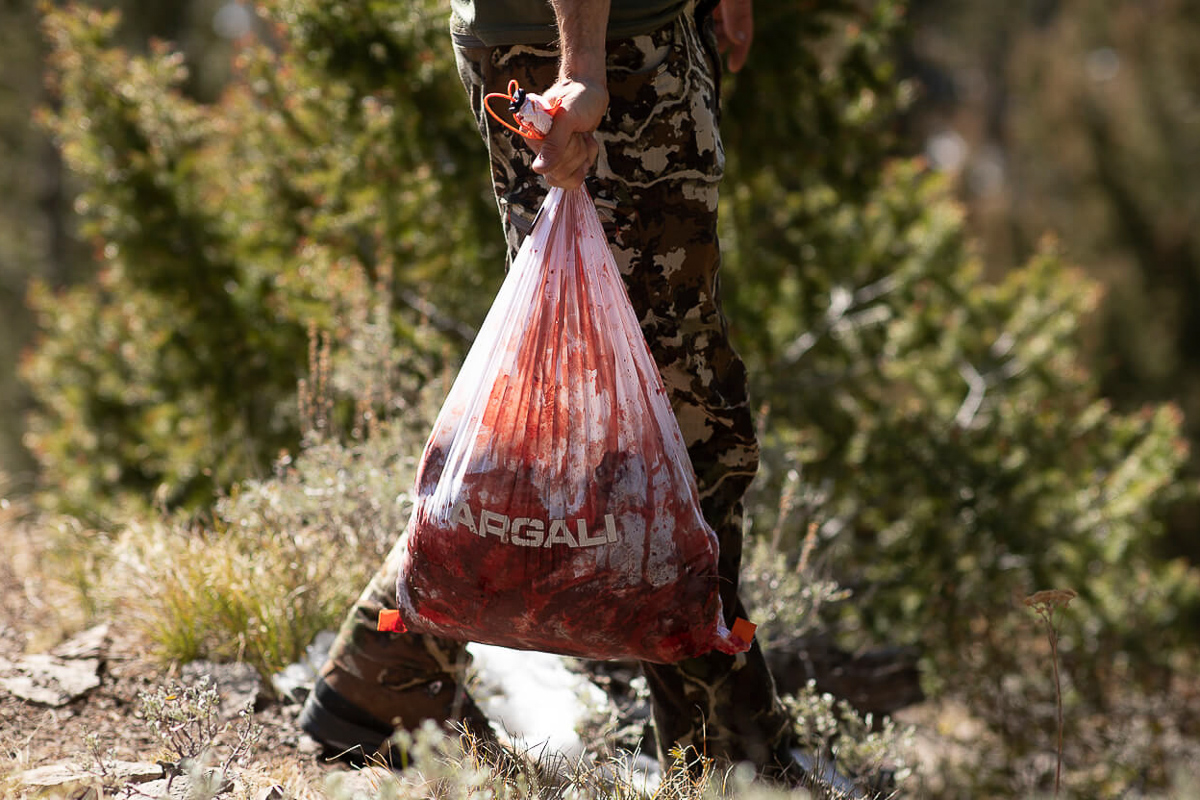 Boning meat out is a great way to save weight on a pack out. Bones weigh a lot, and unless you’re planning on making stock, they’re kind of useless. While that may be true, leaving the bones in is quite beneficial on an early season hunt. Doing so will actually allow the meat to cool quicker because of the larger surface area which allows for greater heat dissipation. On the bone, it isn’t going to fall down to the bottom of a game bag and get all balled up. This is exactly what happens with deboned meat, which will trap heat in that ball. Meat on the bone is more spread out and can cool much more evenly.

Sometimes, boning the meat out though is essential. Especially on solo hunts. If that is the case, not to worry. This is just going to take a little extra work. Because the meat will ball up in the bottom of a game bag, take the time to shift it around a few times throughout the day. Doing so will help all of that trapped heat escape better, allowing the meat to cool more evenly.

I’m sure most of you have heard of the term “bone sour.” If not, bone sour is when meat rots from the bone out. The reason being is due to the bones acting as a thermal core. It is possible for the outside of the meat to be good, but not the bits closest to the bone, because of how much heat that bone retains. This occurs when things aren’t handled in a timely manner. If they are, the opposite will be true. Those bones are great at holding heat, but once they’re cooled down, they’re also great at holding cold. Meaning that the bones could actually help keep meat cool throughout the days, before one is able to get the meat on ice.

A Recipe for Success 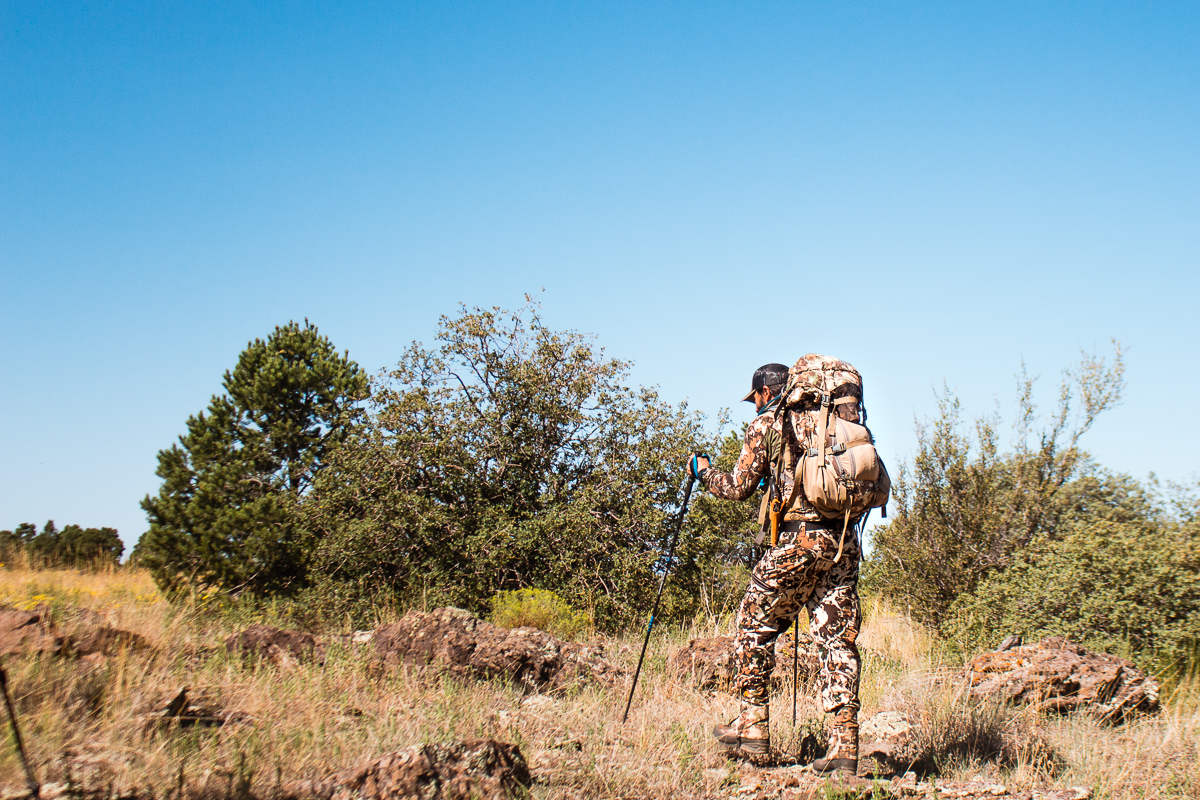 Keeping meat good during these early season hunts is all about following the right recipe. If you do, there should be no issues. If not, you’ll suffer the unfortunate consequences of spoiled meat, which nobody wants on their hands or their conscience. Use your head while out there. Know what weather is doing and act accordingly. If it’s going to be brutally hot, get that meat back to the cooler ASAP. If the nights are getting down to at least 40 you could hang meat at night and wrap it in a tarp during the heat of the day to help keep the cold on a backcountry hunt. No matter the variables, never forget the main priorities. Cool and dry. Follow that and many savory meals will follow when you do get back to the kitchen. 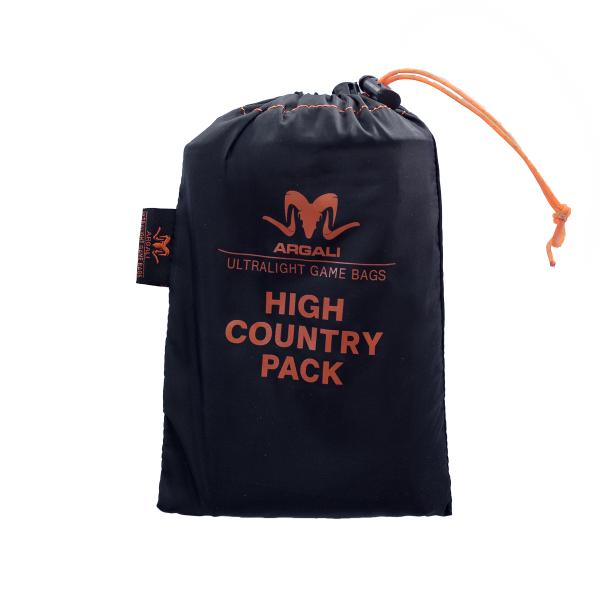 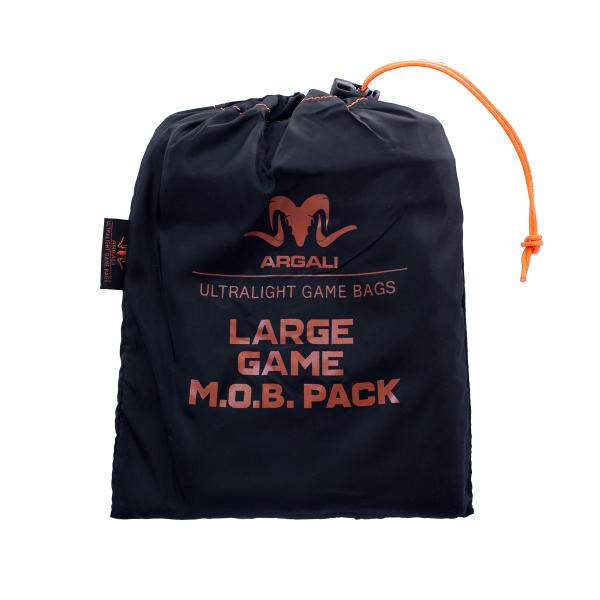 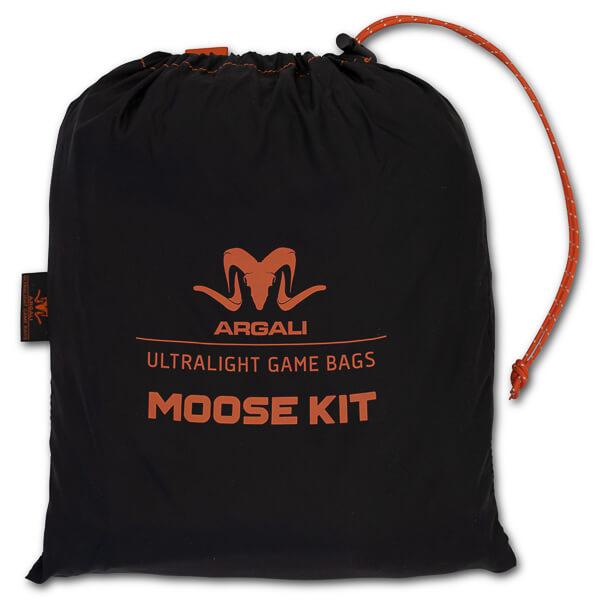